When I lived in Rio Blanco, Father Cull transformed the school into a church so he could say mass there.  But since I’m not Catholic, I’m not exactly sure how he did that.  One night—and this story is in my memoir—I saw candlelight coming from inside the school and heard two people talking.  The next morning, I discovered they’d been burning black candles on the table/my desk.  Was somebody making obeah against somebody else?  The village mayordomo didn’t know, didn’t care, and didn’t want to talk about it.

A king buzzard. In ancient Maya mythology, they carried messages from humans to the gods. Kriols call all vultures John Crow. (Photo by Danny Bales)

When I looked obeah up on the internet, explanations of its beginnings among the African slaves in the Caribbean are outnumbered by ads for “magical” spells and powders and oils.  One starts by saying, “When all else fails. . . .”   I read about a bunch of thugs who were suing an obeah man because whatever product he had sold them that was supposed to make them bullet-proof had failed.  I believe they were suing him from prison.

When Jamaica and Belize were still British colonies, they shared a governor.  They share a common vocabulary, as well.  When my husband and I and his business partner Mark and his wife vacationed in Jamaica a few years ago, we had a waiter named Maga.  He was tall and very thin.  In Belizean Kriol, “maga” means skinny, and the Kriols have a saying:  “Tiga [tiger, Kriol for a jaguar] maga but he no sick.”  Looks can be deceiving, in other words.   A few days later, Mark found some guides behind the hotel, hanging around a riverbank with a bunch of locals, working on their boats and getting stoned on ganga (marijuana).  One asked Mark if we’d be interested in taking a boat upriver to see a typical Jamaican village.  We decided to ignore all the advice about not doing something like that—American tourists often came back with their money and jewelry in somebody else’s pockets.  But our guide was the real deal—he even had a government-issued photo ID around his neck.  We hadn’t gone very far upriver when he said to me, “You been here before.”  I have very light blue eyes, which fascinate some people but put others off.  (Mark’s wife is also a blue-eyed blond, but our guide didn’t ask her if she’d been here before.)  I said no.  He looked skeptical and pointed at half a dozen buzzards in the distance.  We had seen them when we arrived and wondered why they were still there—what had died?  “How you call like so?” he asked me.  “John Crow,” I answered—a guess, since that’s what Belizean Kriols call them.  Then I confessed I had lived in Belize.

Our guide turned out to be extremely knowledgeable about local herbs and spices, and once we reached the village of Exchange (poor, very rural) he showed us all kinds of plants and bushes and explained their use.  He also pointed out allspice growing wild.  After noticing that my husband had scraped his leg on something earlier in the day—by now we were on our way back to the motorboat—he picked a bunch of leaves and rubbed them between his hands to release the moisture.  When my husband sat down, the guide told him to hold the poultice against his scraped skin and promised that by the time we got back, the abrasion would no longer hurt.  He was right.  He had admitted to knowing about obeah and the herbs associated with it, but I never asked if he did any moonlighting.  I didn’t really want to know—I didn’t want to walk into our hotel room and see a knot of my own hair on the pillow.  (A knot will “tie”—secure—an obeah spell.)

One of the last times I was in Belize, I asked my expatriate friend Don if obeah was still practiced.  He said it was thriving.  We drove into the Mopan Maya town of San Antonio, and on the way we passed the lower half of an opulent white house.  Don wondered aloud why the owner hadn’t finished building it—had somebody made obeah against him?  After his errand, we went to a store run by an elderly Mopan man Don knew to buy some cold bottled water.  The two of them started taking (I was looking at the distinctive gold earrings the Maya women wear) and I heard Don ask about the house.  “Yes,” the old man answered, sounding regretful.  “Obeah.”

As the world gets increasingly more complicated and school children are shot to death for no reason, more and more people turn to faith to get them through the day.  Faith that power exists and can be manipulated is at the core of most religious and magical rituals all over the world. 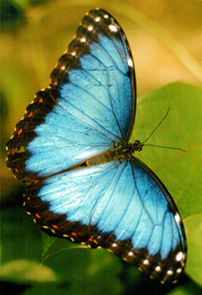 Joan Fry at the ancient Maya site of Lamanai, 2009. She had been invited by the Museum of Belize to lecture on her book, How to Cook a Tapir: A Memoir of Belize. For more information about her life in Belize—and her other books—visit her website at joanfry.com. Photo by Lee Bernard.

“Living among the Maya of Belize was one of the biggest, most important events in my life. You only turn 21 once, and I did it in the rain forest.”

Joan Fry
How to Cook A Tapir: A Memoir of Belize (University of Nebraska Press)